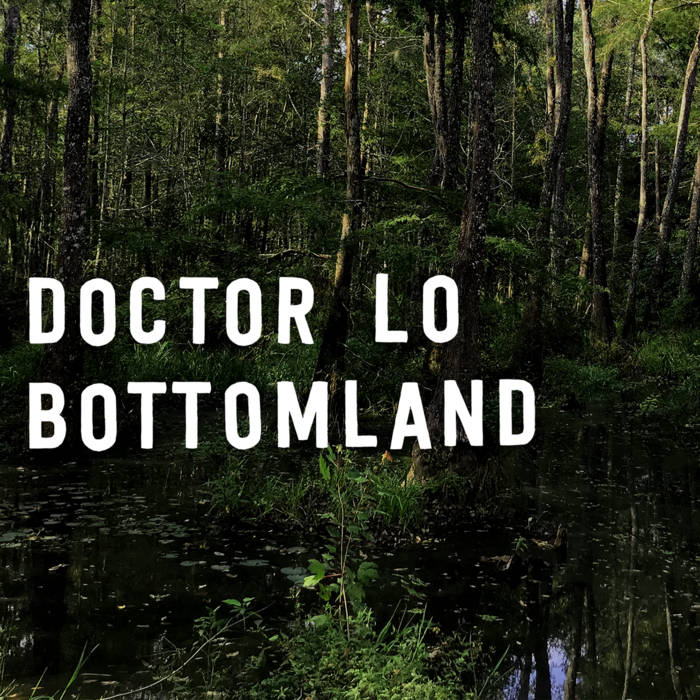 Dr. Lo Faber is a singer, songwriter, and multi-instrumentalist based in New Orleans.

He has been writing, performing, and recording for over thirty years. He formed God Street Wine in New York in the late 1980s and led the band for 12 years of nonstop touring and recording.

Early in the morning and the sun still down
Packin' my bag getting out of this town
Hey hey, I'm moving on

Won't live another minute inside these walls
The freight train whistles and the highway calls
Hey hey, I'm moving on

Now I paid my penalty in sorrow and shame
It'll always hurt a little when I hear your name
But for now, I'm moving on

Now the story is over and the night games played
Let the sun shine in and the memories fade
Hey hey, I'm moving on

Well we made some love and we had some fun
But it's good to know when a thing is done
Hey hey, I'm moving on

Early in the morning and the sun still down
Packin' my bag getting out of this town
Hey hey, I'm moving on

Once you held my hand looked in my eyes
Said tender words, but now I realize
It's time, I'm moving on

Bartender bartender, bring me a beer
For I've labored all day in the factory of minds
And I don't need reminders of sweet oils and thyme
And I don't want a bottle of bourgeois ideas
Just a Rolling Rock
A Rock to Roll
Down my tongue through my throat
To my old white man Soul

"From the Glass-Lined Tanks of Old Latrobe
We Tender this Premium Beer
For your Enjoyment
As a Tribute to your Good Taste
It Comes From the Mountain Springs
To you, to you … 33"
33, to you, 33

Bartender bartender, bring me a beer
For I've cooked until dry where ideas go to die
And I want to remember that life is just cruel
And I don't want a bottle of "honey, how cool"
Just a Rolling Rock
A Rock to Roll
Down my tongue through my throat
To my White Devil Soul

"From the Glass-Lined Tanks of Old Latrobe
We Tender this Premium Beer
For your Enjoyment
As a Tribute to your Good Taste
It Comes From the Mountain Springs
To you, to you … 33"
33, to you, 33
Track Name: Perfect
PERFECT

Late at night I climb the stair
Just to watch you sleeping there
Fix the blanket, touch your hair
Hold your hand
Get a cup of water from the sink
In case you need a drink
And this is what I think
My little man

In the daylight, things move fast
You blink, a day has passed
But this love was made to last
My little friend
In your head sometimes, a fire burns
And you get confused in your twists and turns
But you're the boy who always learns
In the end

Sometimes you wander, sometimes you're lost
Your car stalls out, your ship gets tossed
Hardly seems worth it to pay the cost
Of this circus ride
And you'll know laughter, and you'll know loss
You'll be beaten down, you'll be the boss
And we'll be together, when we finally cross
That ocean wide

A long time ago in Pennsylvania
Lights turned out time to go to sleep
Ringing through the winter darkness
Gospel songs sung clear and deep
"Steal away, to Jesus"
Sang the man with the big bass voice
Steal away, all the way home
Sang the man to the two little boys

"Steal away, to Jesus"
That's my Dad, putting me to bed
"Steal away, all the way home"
And that lonesome sound is still in my head

Tupelo honey gum
Dark purple fruit in summer sun
That many songbirds consume
While I sit in the shade
Of our lonely room
Heart breaking, awaking
I lay here

Waiting for the sky to change
You're nowhere
Trying to rearrange
The twisted path that brought us south
The cutting words flying out my mouth
Heart breaking, awaking

At the Honey Island Swamp
Tell stories of half men
And beasts of yore
Such legends we create
When we can't help but want
Want so much more
Heart breaking, awaking

The razor sharp edges
The tree’s shadow casts
Let’s fly away
Leave it all in the past
Rise up rise out
From cold dark waters
A forever gift
To our son and daughter
Track Name: Cry 'Em All Now
CRY ‘EM ALL NOW

And one day, not too far away
Two other people may sit here
And say the same things that we say
And we are them, and they are we,
We just go on and on, round and round,
Spinning it up, dropping it down
Sparkling eyes in a hidden face
Shining stars in endless space

When the sheep all stand together
In a lonesome field out in the rain
A wolf is bound to come along
Eyes full of hunger and pain
You can’t pretend the day won’t end
The darkness has to find us both somehow
All the tears we never cried
Let’s cry ‘em all now.
Track Name: One Stupid Song
ONE STUPID SONG

And I'm so goddamn tired
Of just going into work
My students are a pain in the ass
My boss is sometimes a jerk
And I got no solution
Just a drunken sing-along
No action, no plan
Just one stupid song

And the thing about heartache
Is the pain never really gets right
You just learn to bear it
You learn to abide
But many years later
It still wakes you up in the night
So boy we just gotta go on and on and on
Go on and on and on
You keep walking on.

Bandcamp Daily  your guide to the world of Bandcamp

Featuring Oakland sounds from the Smart Bomb collective and Samplelov.